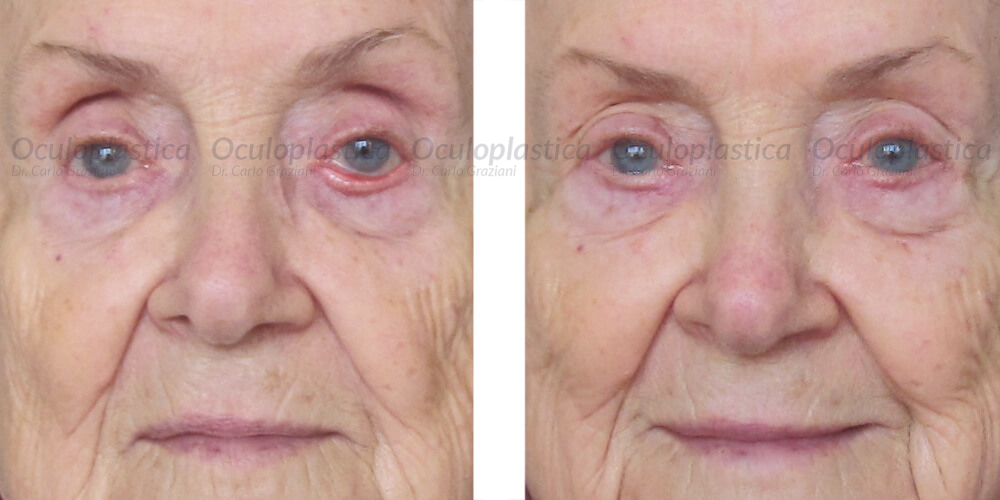 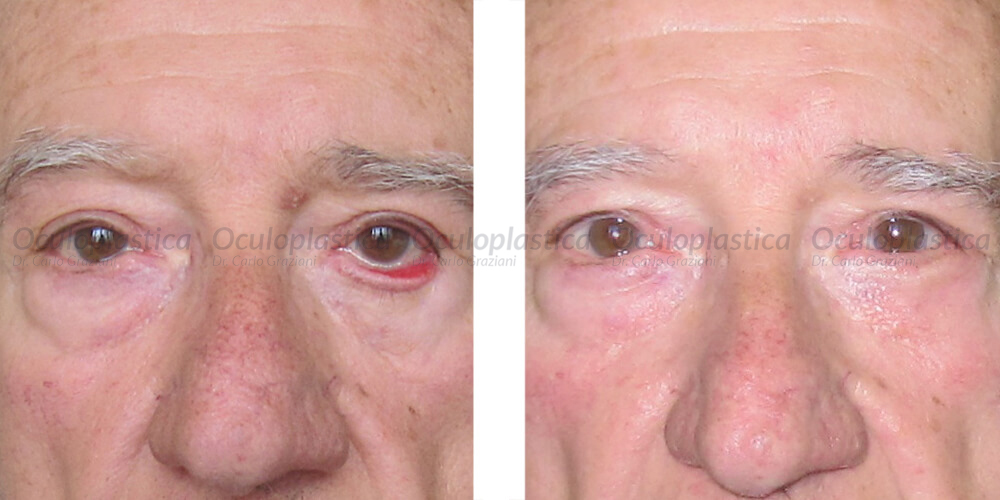 Ectropion consists in the outwardly turned or sagging lower lid margin which loses contact with the eye globe. Such incorrect position causes an exposure, therefore lack of protection, of the eye surface and, moreover, the difficulty of keeping the tears away from the conjunctival fornice.

WHEN TO UNDERGO THE ECTROPION OPERATION?

The surgery is indicated in cases of:

WHAT DOES THE ECTROPION OPERATION CONSIST OF?

The clinical exam of the patient must establish the cause, the degree and the extension of the eyelid laxity and the eventual presence of conjunctival scars. The corrective operation is performed to reposition the eyelid, so that in can adhere correctly to the eye globe.

The correction is always surgical and is performed using a variety of techniques, depending on the etiology or originating cause of the ectropion:

Each patient will be guided and advised on the most suitable and cutting-edge surgical treatments, based on the most updated guidelines of the international surgical associations

WHAT CAN I EXPECT? WHAT ARE THE RESULTS OF THE ECTROPION OPERATION?

The operation will be personalized and discussed during the pre-operational interview.
The scars are not visible because the incisions follow the natural lines and creases of the face.
The eyelid gets back into its correct position: the operation attenuates the unpleasant outward turning with a significant reduction of the associated symptoms.

The operation will be personalized to preserve a natural look, to reflect the patient’s personality and the individuality of his/her image, to respect the needs expressed during the pre-surgical interview

All the photographs and videos have been made by Dr. Carlo Graziani with authorisation by the very same patiences. It is forbidden to copy or reproduce in any form and for any other use all the contents found on the our web site. All rights are reserved. Dr. Carlo Graziani 2020.

His field of activity includes pediatric and adult eyelid surgery, tear, orbital surgery and aesthetic surgery of the gaze and face practiced with minimally invasive and innovative techniques.